Christ died for our sins

The Gospel Hall is a carefully chosen name for the meeting place of a church who meets in the name of the Lord Jesus Christ. The emphasis on the Bible’s message about Jesus Christ, called the Gospel, gives the building its name because of what we do there: we preach the Bible.

Though we are non-denominational, there are others who gather to the Lord’s Name in a similar manner around the world. There is no official list of assemblies or Gospel Halls, and not all assemblies meeting in “Gospel Halls” have the same practices and beliefs.

People here have a common theme – each one has experienced a moment of truth with God that gives them confidence to face life, death and even eternity beyond. Each person has faced his/her own guilt before God regarding things done wrong, that is, our personal sin. This moment of salvation doesn’t have to occur during a service at the Gospel Hall.

What kind of Church is the Gospel Hall?

The Gospel Hall is simply a building where believers meet to worship, pray and listen to messages from the Bible.

It is difficult to go somewhere that you know nothing about. You probably have dozens of questions such as:

First, you can be assured that the meetings here are done orderly and politely. You aren’t asked to participate in discussions or go up for “altar calls.”

Second, the teachings you will hear are not motivated by politics or cult-like agendas. The primary goal of the meetings is to glorify God and help people understand what the Bible says. Free audio CD’s of some of our meetings are available by contacting us, or check out our gifts page.

About the money: The practice at the Gospel Hall is that no collections are ever taken from visitors at any meetings. (3 John 1:7)

We want you to know that we are dedicated to helping you with your needs wherever you are in life.

The best way to discover the feel of a place is by spending time with its people. We would love for you to join us at our meetings. You should…

What do you believe?

In brief, we believe the Bible is God’s infallible message to us, and that the individual words of the original texts are God breathed (2 Timothy 3:16, Matthew 5:18, Revelation 22:19). (Note: We do not accept the apocryphal books as part of God’s inspired canon.)

The Bible contains the message of the Gospel:

“…repentance toward God, and faith toward our Lord Jesus Christ.” Acts 20:21

“If you confess with your mouth that Jesus is Lord and believe in your heart that God raised him from the dead, you will be saved.” Rom. 10:9 ESV

Jesus said, “He that heareth My Word and believeth on Him that sent Me, hath everlasting life.”  John 5:24

Our assembly is led by elders (also called pastors or overseers). We do not have one paid pastor who does all of the speaking; rather, we recognize that God has given varied gifts to different individuals for the benefit of the whole congregation (Ephesians 4:11-13).

We believe some spiritual gifts had a special function at the beginning of the church age and are no longer necessary today (Ephesians 2:20, 1 Corinthians 13:8).

Who can partake of the bread and wine? Are you “open” or “exclusive”?

You might call us “conservative open.” We believe that in order for there to be true fellowship, there should be a sharing in common and sense of trust in each other. You are invited to attend our gatherings as a visitor, but you would not be invited to speak from the platform, pray publicly, contribute financially, or share the bread and wine at the Lord’s supper until you have the confidence of the assembly (Acts 20:28-31).

We welcome conversation about our beliefs and practices. Please feel free to contact us for a chance to get together or simply stop by for one of our meetings.

What is our history?

In 1926 brother Sam Hamilton held gospel meetings in the Pine Hill schoolhouse near Black River Falls, WI. Others also labored in this area, including Elgie Jamison and Walter Elgies. In the summer of 1941, an assembly was formed and they began breaking bread in the home of Henry Gaede. In August of 1944, a building was found in Shamrock, WI, about nine miles south of Black River Falls. In 1991 the location was moved to the present address.

Though this is the heritage of the assembly in Black River Falls, we follow the pattern of gathering given to us in the Holy Scriptures, which goes back to Acts chapter 2.

On Jan 21, 1630 in a single meeting in Shotts, Scotland, there were over 500 converts who were truly born again and lived to prove it.

At the beginning of the 1800’s God saved Thomas Chalmers, Duncan Matheson, & Andrew Thompson. They began to preach the gospel. Multitudes of people were saved. (Murray McCheyne, Win. Burns, Brownlow North, A. and H. Bonar and many other names are linked with those days of blessing.) Under this preaching Donald Ross was saved (his autobiography is available). In 1858 Mr. Ross was made superintendent of the NE Coast Mission (interdenominational and organized to carry the gospel to about a 500 mile stretch of NE Scotland). Mr. Ross sought out preachers including Donald Monroe, John Gill, John Smith, George Masson, and Andrew Carnie. These preached the gospel and God worked. But there were no scripturally gathered assemblies yet.

In 1859 there was a “Great Revival” and multitudes were saved in many parts of the world. As people who got saved went back to their own denominations and joyfully spoke of their life-changing experience, they met great opposition, especially from their church leaders. The opposition became so great that Donald Ross and those with him left the NE Coast Mission (which was denominationally funded and was pressuring him to leave certain areas). They then formed a new independent organization (The Northern Evangelical Society) with no promised income and no offerings in their meetings. While preaching in Inverurie, after some difficulty, within a 2 month period many were saved by God’s grace, including 200 young men. (Among those men was the author & publisher John Ritchie.) Eventually the entire community turned to hear the gospel.

About 1869, Donald Monroe came to Thedford, Ontario, Canada to visit relatives and witnessed to them about Christ. He started gospel meetings and saw many of them saved. In 1870, Mr Ross saw the need of believer’s baptism and was baptized by immersion. When Mr. Monroe went back to Scotland, Mr. Ross told him that he must be baptized. Mr. Monroe had already seen this truth and was coming to tell Mr. Ross of this need, and was then baptized himself. In the following months, thousands were baptized.

Then on one Lord’s day morning in a carpenter’s shop Mr. Ross took a loaf of bread and a cup of wine and taught the truth of the Lord’s supper, remembering the Lord. They did not know if there was another company in the rest of the world that met in this way, but they obeyed what God showed them in His word.Later Mr. Ross learned of three other small assemblies in Scotland at Ab­erdeen, New Deer and Peterhead. At that time, Mr. Ross and his brethren had no knowledge of Mr. Darby or any such gatherings elsewhere. From that day, assemblies sprang up all over Scotland and Northern England.

After this Mr. Ross was convicted about “going into all the world” to tell others the gospel. James Campbell went to N. Ireland. John Gill went to Boston. Mr. Monroe came to Ontario, Canada. Then the gospel spread throughout North America.

As a side-note, a totally separate, yet similar movement of God began about 200 years ago in many different places of the world such as England, British Guiana, Northern Ireland, South Africa, Australia, and India, each having no idea that the same thing was happening in other parts of the world. Men and women in various denominations began to see the deadness of these systems and to come out from them to be gathered solely to the precious name of the Lord Jesus Christ. Men connected with this movement were John Nelson Darby, Anthony Norris Grooves, J. G. Bellet, and others. Though assemblies as we know them meeting in Gospel Halls have similar beliefs, we know of no historical link with this movement. Our heritage is different from this in the sense that it is linked more with gospel preaching.

Source: Gathering Unto His Name by Norman Crawford and a message that he spoke.

* All meetings are now being held in person again. Please do not attend if you have a cough, fever, shortness of breath, new loss of taste or smell, sore throat, or have had exposure to someone with COVID-19 in the last 14 days. *

Our meetings are also available via a Zoom call. Please contact us if you would like the meeting link.

See “Your First Visit” for more on our meetings.

And of course, feel free to contact us with your questions. 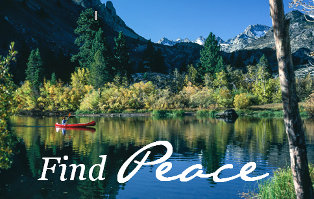 A blog by one of our members:

"For where two or three are gathered together in My name, there am I in the midst of them." (Matthew 18:20)
©BlackRiverGospel.org - All Rights Reserved.